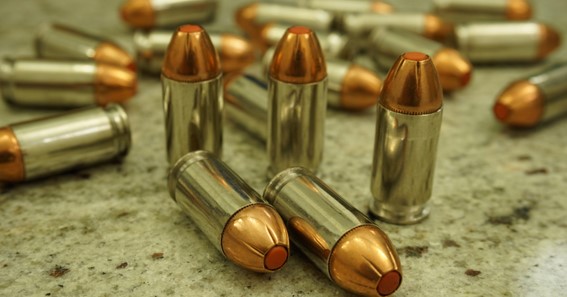 What Is Ball Ammo?

Ball ammo, also known as full metal jacket (FMJ) ammo, is a type of bullet that is used in firearms. As the name suggests, ball ammo is made up of a solid lead core that is encased in a thin layer of metal, typically copper or brass. The metal jacket surrounding the lead core is designed to improve the bullet’s aerodynamics, accuracy, and penetration while reducing deformation on impact.

Ball ammo is popular among shooters because it is relatively inexpensive and widely available. It is also considered to be a “training round,” as it is typically used for target practice or shooting competitions. Additionally, ball ammo is often used by military and law enforcement agencies due to its penetration capabilities and consistent performance.

However, Ball ammo is not ideal for self-defense or hunting situations. Because the metal jacket keeps the bullet from expanding, the bullet often passes through the target without transferring much energy, making it less effective for stopping power. Hollow-point bullets are often used in such situations because they are designed to expand upon impact and transfer more energy to the target.

In conclusion, ball ammo is a popular and versatile type of bullet that is often used for target practice, shooting competitions, and military or law enforcement training. While it is not ideal for self-defense or hunting, it remains a solid choice for those who want to engage in range training or target practice. As always, it is important for shooters to understand the properties and limitations of the ammunition they are using and select the appropriate type for their needs.

Why Is It Called Ball Ammo?

As time wore on and militaries adopted firearms, using balls instead of shots or other types of projectiles became the standard. From there, the term was used for any solid military ammunition.

What Is Ball Ammunition Used For?

The ball ammo, also known as the full metal jacket bullet, is one of the most common bullets used in the firearm industry today. This type of ammunition is the ideal choice if you want to go target shooting since it is specifically designed to go through targets with precision.

Is Ball The Same As Fmj?

Is Ball Ammo Ok For Defense?

In short, ball ammo has no place in a defensive handgun aside from target shooting at the range. You should always carry quality, proven hollow-point bullets. The worst problem a quality hollow point can have is that it fails to expand, in which case it is just like having used ball ammo in the first place.

What Is Ball Ammo Definition

What Is Ball Ammo Used For

What Is Fmj Bt Ball Ammo

What Is A Ball Round Ammo

What Is Fmj Ball Ammo

What Is Ball Ammo Vs Fmj

What Is Ball Ammo Used For

Why Is It Called Ball Ammo

What Is Ball Ammo

What Is Ball Ammo