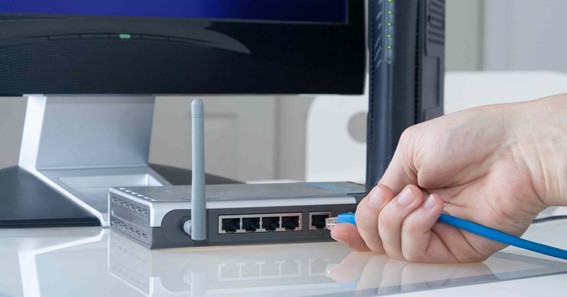 Passionate gamers are constantly in search of a good lag switch for their online gaming sessions! Have you never heard or seen lag switching in games? Well…have some patience! There is no need to worry if you are a new gamer. Today, I will help you to understand what is a lag switch Nintendo switch and how does it work. We have listed down different types of lagging switches. In the end, I will also teach you to make your own hardware lag switch for PS3, PS4, PS5, and Xbox One. Without wasting up much time, let’s study more about the lag switch in detail.

What Is Lag Switch?

A lag switch is a piece of equipment that is mainly used to block the internet flow for a specific time period. This device is widely used by professional gamers to delay the traffic flow to the internet. In short, it helps you to get the upper hand with the lag caused and win the game without much effort! However, it is majorly used in multiplayer console games such as Battlefield 3 or Call Of Duty: Black Ops.

How Does Lag Switch Work?

The working process of this lagging switch is quite simple! A gamer can trick their opponent players by presenting that they have a poor internet connection. Once the device is switched on, it will block the network traffic between the internet and gaming consoles. It helps the gamers to keep their opponent players in dark. The opposite players will no longer receive data regarding your activities and positions in your game. When the device timer expires, the opponent’s local device re-synchronizes with the online game.

Below, I have also listed down some signals that will help you to know whether someone is using this switch or not.

This will help the gamers to track the moves of their opponent players. It also allows the gamer to gain one or more advantages by delaying your network’s traffic flow.

Over here, I have listed down three different types of lag switches that you must know.

These switches are one of the most popular ones! They are usually made by adding a physical on-off switch placed in the middle of an ethernet cable. You can use them to activate and deactivate the internet.

These switches use a program to flood the local network with all your bandwidth. It also consists of a timer switcher that automatically connects the network once the time is up.

Simply unplugging the network cable can help you to disrupt the flow of internet traffic. You can do it manually by removing the ethernet cable from the console or other networks such as wifi.

How To Lag Switch?

The installation of this switch is a very easy task! You can follow these steps to connect this switch.

How To Make A Lagging Switch?

Here, I have included a step-by-step guide for making lagging switch just for education purposes.

What Does Lag Switching Mean?

It is a process where a piece of equipment is used to block the internet flow for a specific time period. This device is widely used by professional gamers to delay the traffic flow to the internet.

Can You Get Banned For Lag Switching?

Yes, you can get banned if found using this switch as it is an illegal process.

How Can You Tell If Someone Is Using A Lag Switch App?

With the help of the following signs, you can figure out if someone is using this software or not.

How Do I Use A Virtual Lag Switch?

You can use this switch by following these steps.

How Do You Stop A Lag Switch?

Nintendo Switch lag is caused by either a slow internet connection or a software problem. Power cycling the Switch and/or your router can potentially fix these. If that doesn’t work, delete and re-download the game you’re playing to clear software issues there, and update Switch’s software.

In my above post, I have covered all the points you must know about a lag switch. It is a piece of equipment is used to block the internet flow for a specific time period.  It helps the gamers to keep their opponent players in dark. The opposite players will no longer receive data regarding your activities and positions in your game. But now, using this device is considered illegal as they are virtually undetectable! So, we do not encourage you to use this information for playing games. As you know everything about a lag switch, you can now play your game uninterrupted!

To Know Some Great Stuff Do Visit BioCaptions

To Know Some Great Stuff Do Visit BiosWikis

To Know Some Great Stuff Do Visit Caresclub